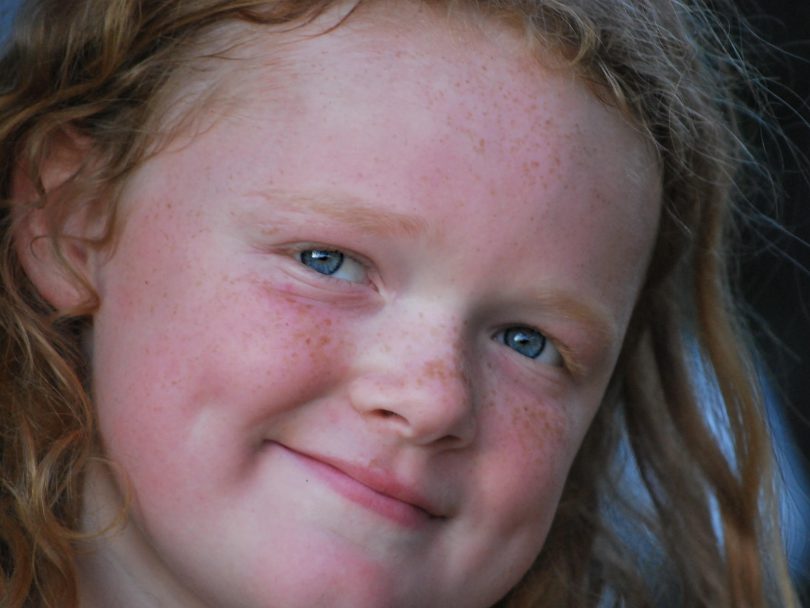 My soon-to-be 4-year-old grand- daughter, Sadie, and I were about to play a children’s board game. I explained to her that the cards were to be kept “face up” during the game. As she began her first turn, I observed her with a puzzling look. Sadie was literally looking at the ceiling. HER face was up!
Jane Jacquart, La Veta

My 4-year-old granddaughter has cute dimples on both sides of her cheeks. One morning, I was commenting on them and how I wished that I had dimples, too. She asked me to smile so that she could see if, indeed, I did have any. So, I gave her a large grin and she closely inspected my face. She looked at me with her hands cupped on either side of my face. Seeing my smiles lines, she told me, “Grandma, you don’t have any dimples, but you have some scratches on your face!”
Raylean Furnish, Franktown

I retrieved my purse out of the car from the blistering heat. I brought it into the house and said out loud, “I hope my lip balm didn’t melt.” To which my 5-year-old grandson asked, “What is a lip bomb?” I said, “You put it on your lips. Do you want some?” He replied, “Nooooo! I don’t want my lips to blow up!”
Barbara McDonald, Pagosa Springs

While I was reorganizing my large linen closet, my 4-year-old came up behind me and said, “I’m sorry I’m rude, Mom.” Without turning around, I said, “Oh, honey, you’re not rude! I love you.” He responded by shutting the door on me and turning off the lights. “See, Mom!” he said from the other side of the door. “I am rude!” He’s going to be a blast as a teenager.
Jessica Fletcher, Falcon