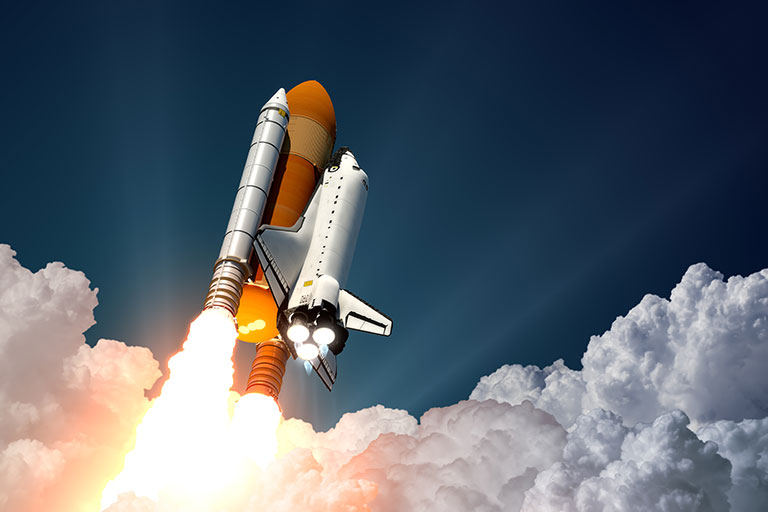 My daughter and son-in-law took a family vacation in Florida. One of the vacation events was watching a rocket launch of the SpaceX shuttle to the space station. When they returned home, my 4-year-old grandson, Nolan, talked about the launch with his Aunty Brenna. The conversation went like this:

Aunty Brenna: “Nolan, did you watch the space shuttle?”

Aunty Brenna: “You went on a space shuttle into outer space?”

Nolan: “No, we went on the shuttle from the airport to the hotel!”
James Tyler, Hayden

Years ago I lived in Pasadena, California. Early one evening, I just walked out of a Spokesman Club meeting and, looking up, spotted what I thought was a UFO. The next day at work, I told everyone what I saw, but my UFO sighting was slighted when an article was published in the Pasadena Star-News revealing it was just another Cal Tech prank: a weather balloon with a lit candle beneath it.

Through the years, other pranks these geniuses pulled off, as I remember, were rigging the Rose Bowl scoreboard during the game to read Cal Tech-99 and MIT-0; stopping the action during another Rose Bowl game by releasing a mechanical rabbit through a trap door on the playing field; and somehow managing the heist of a street sweeper from the city of Pasadena and shipping it by flatbed truck to a city on the East Coast. I often wonder whether these stunts were from clever pranksters or just bored geniuses — perhaps both!
Jerry L. Baker, Colorado Springs