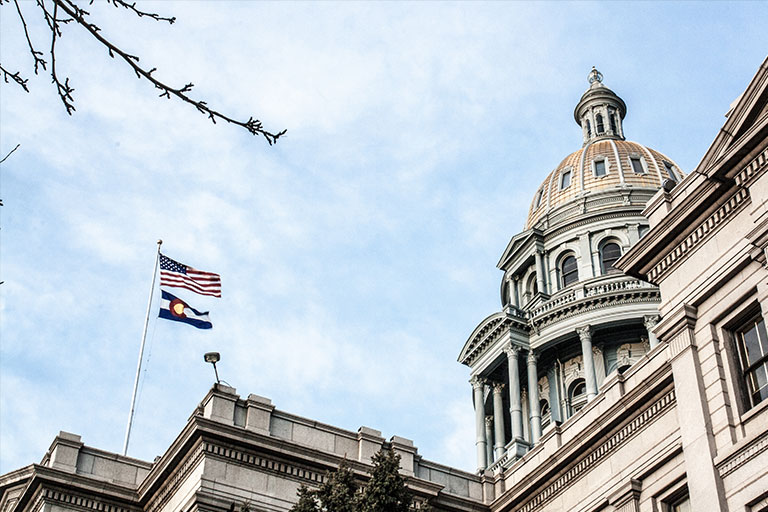 When the Colorado General Assembly adjourns sine die on May 3, one of the most significant recent legislative sessions for Colorado’s electric co-ops will come to a close. Among the many bills considered by the legislature this year were bills that promoted electric vehicles; encouraged solar gardens; required the collection of climate change data; created new energy efficiency standards; expanded the powers of the Colorado Public Utilities Commission; and authorized local governments to impose restrictions on oil and gas development.

This list does not include perhaps the most impactful bill, H.B. 19-1261, which requires the reduction of carbon emissions from all sectors of the Colorado economy. If passed, H.B. 19-1261 will have a significant and lasting effect on Colorado’s electric co-ops. The bill requires that all electric utilities, including co-ops, reduce the level of carbon emissions that are related to power production.

Colorado’s 22 electric distribution co-ops are at the end of a supply chain that includes many power plants and transmission lines owned by multiple entities. Eighteen of the state’s 22 co-ops have wholesale power contracts with Tri-State Generation & Transmission Association while the remaining four co-ops purchase their wholesale power from Public Service Company of Colorado, a subsidiary of Xcel Energy. So, bills that impact Tri-State and Xcel impact the distribution co-ops and their consumer-members.

H.B. 19-1261 would require that the carbon emissions of all industries in Colorado be reduced by 26% by 2025, 50% by 2030 and 90% by 2050. The bill does not state how much each industry has to reduce its emissions; instead, the legislature delegates broad authority to the Colorado Air Quality Control Commission in the Colorado Department of Public Health and Environment to adopt rules to accomplish the targets.

While the title and bill summary of H.B. 19-1261 says that the objective of the bill is to create “goals” for the reduction of statewide greenhouse gas emissions, it is clear that the bill contemplates that the Colorado Air Quality Control Commission will actually adopt standards, that is, legally enforceable requirements that will apply to many Colorado industries. While it is unclear how these standards will be enforced, it appears that the state will have the authority to impose a penalty on entities that fail to meet the standards that are created.

I wrote many columns over the last several years describing how Colorado’s electric co-ops are rapidly incorporating carbon-free power sources into our power supply mix. Today, thousands of co-op consumer-members have installed net metered rooftop solar arrays, and the distribution co-ops and Tri-State have integrated utility-scale solar farms into their resource mix. In the last six months alone, Tri-State has announced power purchase agreements for another 104 megawatts of wind and another 100 MW of solar power supply.

Steps taken by the co-ops and other Colorado electric utilities will result in reduced carbon emissions from the electric sector regardless of H.B. 19-1261. Our concern with the bill as it was introduced is that it did not take into account the important differences between the investor-owned electric utilities and the electric co-ops. Whereas Xcel Energy has an incentive to retire existing generating resources and earn a rate of return on the replacement power, the co-ops can only pay for new power plants with money from our rural consumer-members.

During the debate on H.B. 19-1261, the Colorado Rural Electric Association made it clear that electric co-ops support reductions in carbon emissions from the power sector, but that we oppose expanded state regulatory authority over electric co-ops. I’m hoping that by the time you read this we have been able to reach a compromise on H.B. 19-1261 that accomplishes the goals of the legislature but takes into account the cooperative difference.